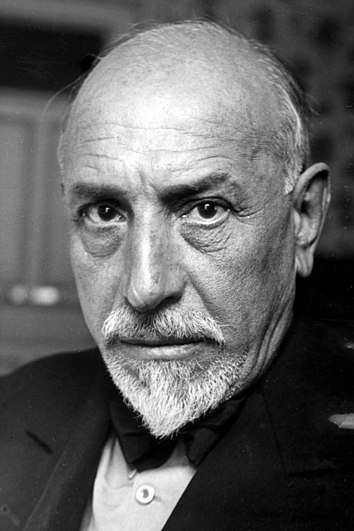 Pirandello was born in Agrigento, Sicily. His studies at the universities of Palermo and Rome gave rise to an interest in philology, which he continued to study at the University of Bonn. After a year spent teaching Italian in Bonn, he settled in Rome where he met journalist Luigi Capuana, who not only introduced him to the literary circles of the capital, but also encouraged him to write. He soon began to publish reviews and poetry in some of the most important journals of the time. When his family was hit by economic troubles, Pirandello became a professor of aesthetics and stylistics at the Real Istituto di Magistere Femminile in Rome. Among his numerous works, we find poems, novellas (collected under the title Novelle per un anno, 1922-37), six works of fiction, three works of non-fiction, two translations, and the numerous plays that would make him famous―published between 1918 and 1935 and later collected under the title Maschere nude (Naked Masks). In 1934 he was awarded the Nobel Prize in Literature.